Is it because time is such an ephemeral illusion that we are obsessed with watches?

The glamorous jazz singer may be well past her due date, but the décolletage removes the attention from her crooked back, and her lips are redder than a blood moon. Accompanied by a Filipino band in bright red ties and purple too-large suit jackets, the voice has echoed between these Viennese walls of Eden Bar for 28 years, a voice that prior to that shared a stage with no one and everybody, including Louis Armstrong, Ray Charles and Swedish jazz legend Monica Zetterlund. And, as if untouched by time, the voice of Vera Love can still carry a tune from a bottomless well of sorrow straight to a bleeding heart. 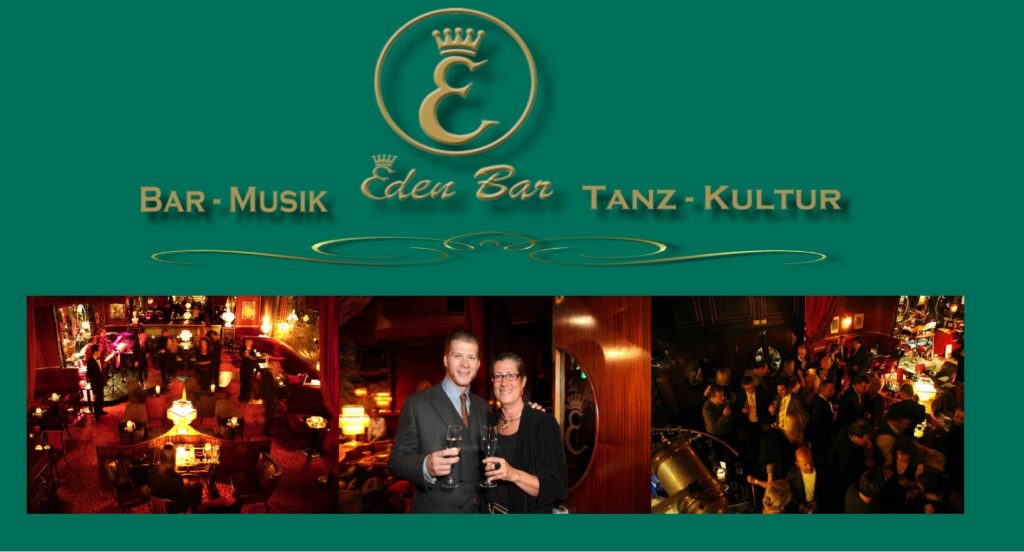 Despite the fin-de-siècle luxury men’s club appearance of Eden Bar having remained more or less the same for 100 years, it would be a cliché to say that time in here has stood still – or at least to say only that. As I get older I realise that every moment in time is both forever frozen and a mere step towards the next moment and the next. 1-2-3, 1-2-3, like a relentless, never-ending and at the same time eternally pausing Viennese waltz.

Perhaps that is why we are obsessed with watches: they try to make sense of the unfathomable illusion we call time. Counting time makes it possible to look back, experience the now and predict the future – all at a glance! Thus the watch becomes an impossible paradox: a safe harbour in the middle of a furious ocean.

“Time has no undo button,” says Viennese industrial designer Rainer Mutsch, who calls Eden a “classic, to be experienced at least once.”

Time has no undo button

At the end of September he presents the Rado True Stratum, the first watch he has designed. With archaic materials and case and band made of ceramics, the dial shaped as an amphitheatre, the sweeping circular movement of a yellow second hand and a light-reflecting and shadowing black circle attached to the inside of the sapphire glass through vapour deposition, this product is very much a reminder that the new is always only a combination of old past efforts. A more or less scratch-free, without a doubt contemporary minimalist creation, it is nevertheless flirting not only with the boundaries of humanly possible industrial processes, but also with Greek architectural ideas of public spaces as well as 3,000-year-old Mesopotamian methods of measuring the movement of the sun, not forgetting the yellow handshake with 1960s designs by Dieter Rams and Dietrich Lubs for Braun. 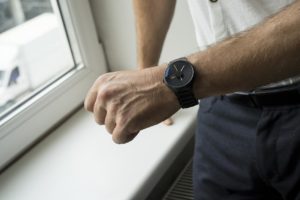 The black True Stratum plays with the symbolic, but watches can also be explicit beyond our realm. Take a perpetual calendar, which is mechanically aware of leap years and thus shows you the right date for hundreds of years. There are many versions of these, but my favourite would be the Ochs and Junior Perpetual Calendar by Ludwig Oechslin in Lucerne. A lifelong experience with watches opened his doors of mechanical perception; a horological equivalence of Aldous Huxley or Archimedes, Oechslin around a decade ago realised that it would be enough to add only nine parts to a normal calendar movement to transform it into a perpetual calendar. But as he is Swiss and not Greek, he didn’t run naked through the streets screaming “Eureka!” Nor did he drop chemical substances to develop his work.

No, he just quietly placed the loupe over his right eye and kept on perfecting the idea. And in doing so he also multiplied the value of his simple-looking steel watches – mechanical alchemy, if you ask me. Watches’ ability to predict the future comes not only by showing the date.

Watches’ ability to predict the future comes not only by showing the date.

The Urwerk Zeit Device has a 1,000-year counter moving 22 millimetres in one millennium, and there are moon phases that show the exact position of this silvery celestial for thousands of years – which, by the way, is quite a feat given that a moon cycle lasts on average 29 days, 12 hours, 44 minutes and 2.8016 seconds. Andreas Strehler in Sirnach, canton Thurgau, has taken it even further – his strictly mechanical Sauterelle à Lune Perpétuelle 2M shows the right position of the moon for 2 million years.

The little snippets of information from our watches give us a frame for what was then, what is now and what is yet to come. And perhaps having a solid frame clarifies the illusion of time, thus increasing the possibilities for us to truly enjoy the canvas, perhaps even remove the notion of due dates?